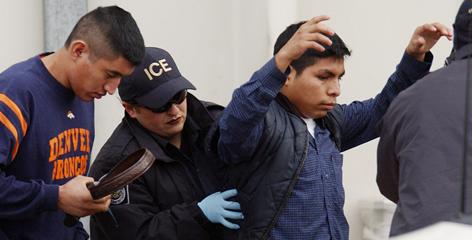 The Immigration and Customs Enforcement (ICE) has increased its operations across the United States. It will no longer just go after convicted criminal aliens. ICE agents are free to apprehend and detain those who may have been charged or suspected of having committed a crime and those who are out-of-status or overstaying their visas even if they do not have any criminal past.

The budget submitted by President Trump to Congress recently provides an initial $2.6 Billion for the wall, $1.5 Billion to expand detention and deportation operations and $314 Million to hire additional immigration agents.

The implementing memos of the Executive Orders of President Trump have ordered the detention of any undocumented immigrant; narrowed the protections for children; and expanded the power of ICE to deputize local police officers to enforce the immigration laws.

The reactions to the memos have been mostly negative. In Los Angeles, ICE agents were reminded by the public elected officials that they are not police officers and cannot call themselves police officers. Doing so is misleading and endangers public safety. The people in the community, especially the immigrants will not trust police officers anymore and will make witnesses and victims less likely to come forward when crimes are committed.

Observers also note that there is an uneven enforcement by the ICE agents from community to community as to who and when they will conduct the immigration raids. The cities that strive to protect immigrants such as Los Angeles and New York City have been the targets of massive immigration raids. ICE agents have also been seen as arrogant when they do their job. The parents are dragged away in front of their small children which could lead to trauma on the children.