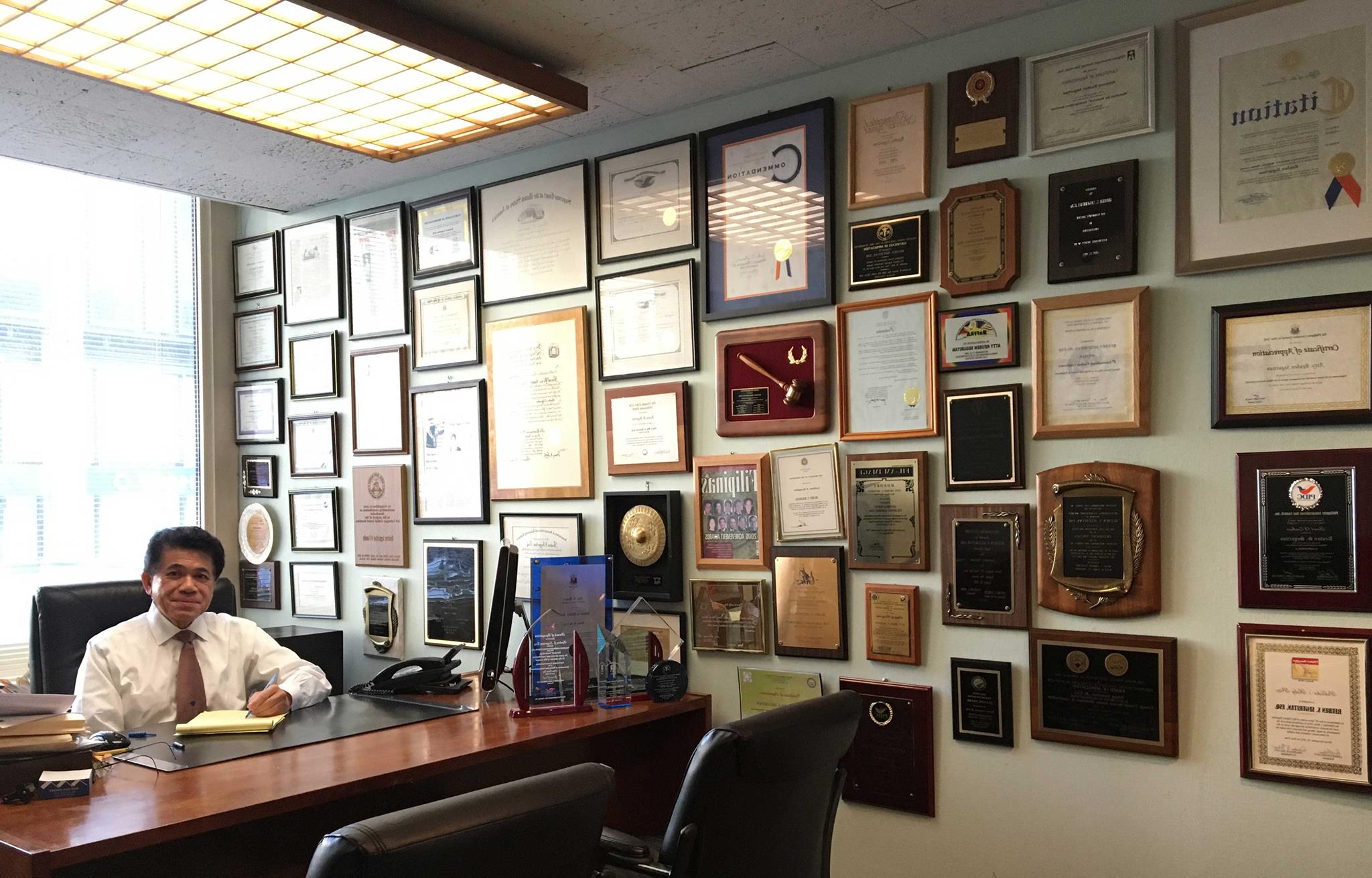 Reuben S. Seguritan has been a member of the New York Bar since 1975. Prior to that, he was accepted to the LL.M. program of Harvard Law School but opted instead to work for two large New York firms – Townley Updike Carter & Rodgers, a corporate litigation firm, and later, Jackson Lewis Schnitzler & Krupman which specializes in labor law. He was admitted to practice before the federal district courts in New York in 1976 and the United States Supreme Court in 1978.

He has written numerous articles published in law journals and in immigrant newspapers in the US and in the Philippines dealing with discrimination and immigration issues.  He was formerly editor of the Common Law Lawyer, and has published a book on immigrant experiences, We Didn’t Pass Through the Golden Door.

He was counsel of the National Alliance for Fair Licensure – Foreign Nurse Graduate which in the late seventies obtained deferred departure status for hundreds of nurses who were being deported. He has also attended a meeting at the White House to discuss immigration issues, including amnesty for undocumented aliens. He has been written up in several newspapers and magazines.

He has been interviewed on radio and television, including ABC Eyewitness News and has participated in radio discussions of immigration issues.

He has served as officer of many Filipino American and Asian American associations. He was also a member of the Immigration Advisory Board of the International Common Law Exchange Society. He has also spoken in student forums in universities such as Columbia University and before prestigious groups such as the Commission of Ecumenical Mission and Relations.

Sought for his firm grasp of immigration issues and deep understanding of the plight of immigrants in the US, he has spoken in regional, national and international conferences and seminars before associations of nurses, doctors, physical therapists, teachers, domestic workers and other immigrant groups. He was the resource speaker on legal matters in the monthly orientation seminars conducted by the Philippine Consulate General of New York.

He has received several distinguished professional awards such as the Distinguished Professional Alumni Award in Law (1989); the Exemplary Achievement Award in Immigration Law (1979); the Outstanding Professional Award (2002), and the Who’s Who in American Law (1982). He has also received over 50 awards for his community and advocacy work, including two presidential awards from Philippine President Fidel Ramos.

Seguritan was a student leader and an editor of his school’s law review (Philippine Law Journal) and also its newsletter (Philippine Law Register). He was an entrance and college scholar and a member of the law honor society. Before coming to the US, he taught business law and international politics in a state university, edited law books and was the chief counsel of a major labor federation.

Seguritan has been a member of the American Immigration Lawyers Association since 1975.