What To Do If ICE Agents Go To Your House 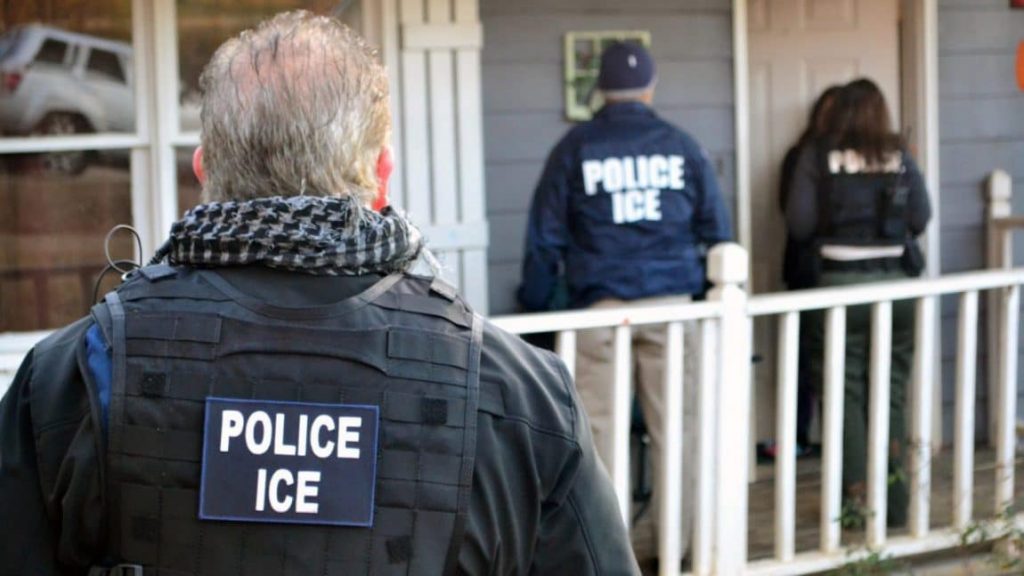 The Immigration and Customs Enforcement (ICE) agents have conducted immigration raids in the residential areas where undocumented immigrants might be located. There are reports of ICE agents going door-to-door in one largely Hispanic neighborhood and asking people to present their papers. In North Carolina, a husband left his house to start a car, only to be handcuffed by an ICE agent waiting for him right outside his house.

Anonymous ICE agents have said that they try to conduct the raids as early as 4 a.m. to make arrests before the undocumented immigrant leaves for work. Sometimes, they have to enter a home and they knock loudly and announce themselves as the police to the homeowners. Often times, children watch as their undocumented immigrant parent is taken away.

Every person has the right to remain silent. The legal and undocumented immigrants must state to the ICE agents while remaining inside their home that they are choosing to remain silent. Everyone has the right not to answer questions from the ICE officers that arrive at the door. Remaining silent is the best way to respond to the questions asked by the agents. Any information that the legal and undocumented immigrant gives may be used against him or someone else by the government.

If ICE agents arrive at an immigrant’s house with a warrant, ask the agents to slide the warrant under the door or show it through the peep hole or the window in order for the homeowners to see the warrant. The occupants of the house do not have to let the agents inside unless: the warrant is a valid search warrant or arrest warrant signed by a judge, the name of the person in question is correct and the address is correct. The ICE deportation warrant is different and does not grant the ICE officers the right to enter the house without the clear verbal consent of the homeowners.

The legal or undocumented immigrant must also remember that he always has the right to a lawyer before speaking with the ICE agents. This is true regardless of the person’s guilt or innocence. The legal or undocumented immigrant does not however, have the right to a government-appointed attorney and must therefore hire his own attorney. Hence, the best course of action would be to ask to speak to a lawyer before speaking to the ICE agents.